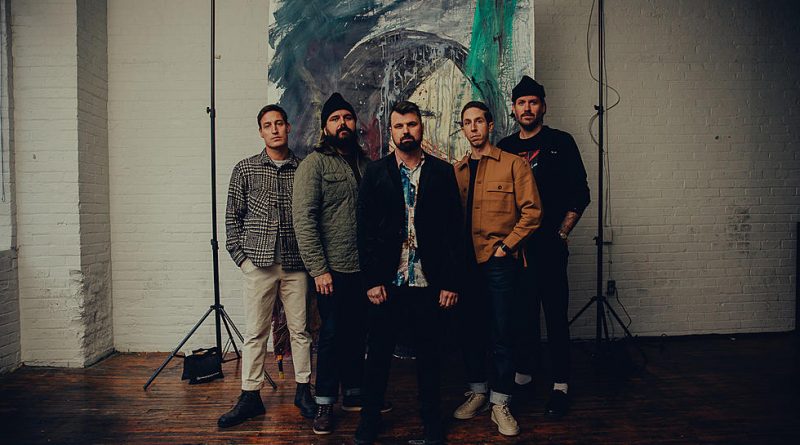 Two years after the amazing A Beautiful Place To Drown, the Canadians of Silverstein are back with their tenth studio album! Titled Misery Made Me, it’s been available since May 6th via UNFD.

« Our Song » starts the album with a banging hit. Shane Told‘s powerful voice is already there in this punk orientated track, while keeping a felling fans will recognize in seconds. Following up is a song with The Comeback Kid‘s singer, Andrew Neufeld who adds his voice to this track which hardcore fans will absolutely love.

Two songs in,  Silverstein are already showing that this new album is here to stay in your mind for a long time, as previous were. And the single « Ultraviolet » won’t change my mind about that. It’s powerful and catchy as hell, and you’ll sure want to dance and/or mosh to it. What best way to make up you mind about it than to hear it right here?

Following songs confirm our fist impressions, Silverstein are still at the top of their game, and with a line-up that barely changed since the beginning of the band. They are always up to speed on what is new in music,  and this whatever style you’re talking about. They invited the pop/rap singer Trevor Daniel on « Cold Blood » and it works perfect . And songs like « Don’t Wait Up » could easily have been on the band previous albums. They are perfectly mixing old and new for songs that instantly stay in your head.

On the collaborative side, you go from screams by The Devil Wears Prada‘s Mike Hranica on « Slow Motion » to nothing, nowhere on « Live Like This » who gives a clean singing really different from his emo rap roots. Each collaboration is going perfectly with what the band’s sound. They are also, like on the previous album, experimenting with new sounds like on « Bankrupt » that we let you discover below:

To finish up this new album, Shane Told gives us « Misery », a sweet acoustic title that reminds us that the kings of emo are still, years after years, on their throne. This tenth album from Silverstein is a pure win on their side and adds a solid stone to a impeccable carrer. The band are still going forward while staying true to their roots and it’s hard to think that their first albums are already more than 20 years old. Silverstein manage something that not many bands can, put out a new album that does not sound like a repeat of the previous ones, and that’s something! Go listen to Misery Made Me, you on’t be disappointed.

Tracklist Misery Made Me by Silverstein (UNFD)