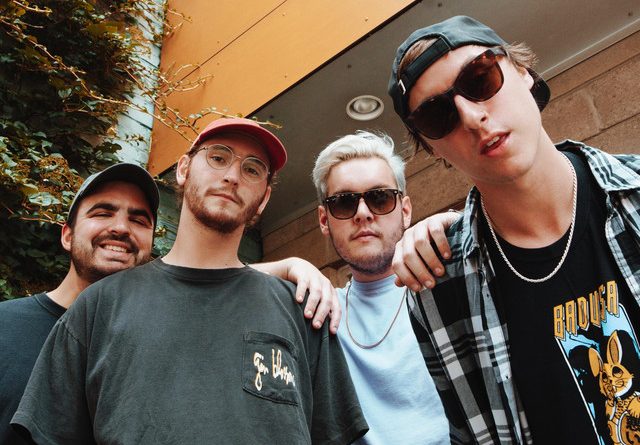 The opener Here To Stay smells like summer and good vibes, Derek‘s voice is perfect on this kind of tracks, then the energy becomes more viral on Eventually (or on Outta My Head and its chorus that stays in your head for days, present a bit further on the album) even if Eventually deals with a very serious subject (mental health), we can feel that Derek‘s singing is deeper here. Everybody But You is the first huge banger of this new opus since Ben Barlow (Neck Deep) comes to put his voice on it, this collaboration was very expected by the fans of both bands and it works really well! Also note the little nod to the Neck Deep classic, A Part Of Me, on Ben‘s part:

Half Empty is a duet with Chrissy Costanza (Against The Current), a song that leans more towards the Rock side of things than the playful Pop-Punk side of SC that we usually hear from them. The song works really well as does the interesting change of pace with heavier riffs than on the rest of the album, basically Chrissy/Derek embody the « perfect » rock romance on this track. The first single to be unveiled Just Sound is literally the track that bridges the gap between Living Proof and Kings Of The New Age, the band shows that they are certainly staying in their comfort zone (because the fans like it and they like it too) but also that they are ready to offer something new like Act Like That in duet with Mitchell Tenpenny (American Country musician), a Rock track a bit slower than Half Empty but just as effective that would almost make you think of a Taylor Swift song. As for Mitchell‘s voice, it brings even more intensity to the track after the two minutes and his tone of voice literally made me want to look more into his musical universe. Where Were You (not a cover of Every Avenue) even though both tracks are about breaking up, this is a pure State Champs track. Sundress is the final featuring of Kings Of The New Age, with Dan O’Connor from Four Year Strong. Once again the energy goes up a notch and the feat is literally huge and makes the already cool track explode! And it’s time for State Champs to deliver one last track, Some Minds Don’t Change, a track about freedom and letting others live in peace. The talent of Tyler (guitar) can be appreciated once again on this last track.

State Champs are evolving, but still remain true to what their fanbase likes (and so do they). The band proposes interesting collaborations and also innovates on several tracks, which brings a certain freshness to their compositions. An excellent album that we will discover live at the Petit Bain in Paris in a few days! 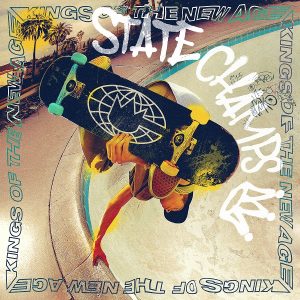